I am an enthusiastic and sometimes prolific book reader.

As proof if I ever go on a foreign holiday for a fortnight (which hasn't happened for a couple of years sadly) I will normally take around 10-12 books with me and I spend months planning which ones.

I also (somewhat sadly) have the claim to fame that I read 11 books on my honeymoon - including a 700 page fictionalised biography of Herman Goerring! - while most people find other things to do on their honeymoon.

Anyway, I thought I would start a new section as a direct rip-off of the movie thread so we can recommend books we like (I thought about it while mentioning The Damned United under the Last Movie thread).

As I am sure Stranglers fans are serious readers I expect this to be a challenging and never-ending thread. Or it could just contain a succession of phrases such as 'Inside Information' 'No Mercy', 'Stig of the Dump' (at school, when nine) or 'why read books when you could be listening to a bootleg of that gig in Lille in 1983?'

Anyway, to get the ball rolling, the last book I read was....

The Girl Who Played With Fire by Stieg Larsson.

This is the follow up to a book I started reading on the coach on the trip to France/Belgium - The Girl With The Dragon Tattoo. Both are written by a journalist (sadly now dead) and they are set in Sweden, a country I previously knew nothing about despite the best efforts of the Black and White album, Sven, Mamma Mia and Ulrik-ka-ka-ka.

Both books concern two intriguing main characters - a campaigning journalist and the girl mentioned in the title who is extraordinarily interesting. Branded a psycopath as a young teenager, she is actually something of a genius and she uses her bizarre range of talents to help pin down some very unsavoury characters in Ikea-land. She is a woman who hates men who hate women (if you get my drift) and her punishment for such people is often brutal and inventive. In this book she and the journo are trying to track down people involved in the sex traffic but the girl herself ends up being chased as she has been framed for a double murder. Sounds predictable - but trust me it aint.

Both books - which have been phenomenally successful all over the world - are well-written, intelligent, original and have a real pace and about them and both leave most 'crime' fiction for dead.

You would probably need to read the first book - the Tattoo one - before tackling this second effort but it is well worth doing so. Recommended!

There you go, let's get the (book reading) party started.

pigeon
Man Of The Earth

In the night garden with my 3 year old nephew.
Top

If you enjoy a good read Sam, then I can heartily recomend the following thread which exists on the forum, its a factual based work and is the joint efforts of a number of different authors, spanning some 7 pages in all, and covers the subject of "current reading matter", not to be confused of course with your own "Last book read" which is an entirely different matter: http://www.thestranglerssite.co.uk/3for ... f=5&t=7445
I tried to make him laugh, He didn't get the joke, and then he said I wasn't right in the head.
Top

Not a major book reader but tend to have phases of reading loads. Holidays usually get through two maybe three but a canna compete with that reading rate you got there mate.

Last books read.
The Answer is Never by Jocko Weyland ( A Skateboarders History of The world ) A bit of a minority read but you either get it or don't. It's a pain thing really driven by a punk ethic that was around a good couple of years before punk as we know it!)

The Escape Artist - A life in The Saddle, by Matt Seaton journalist with The Guardian. A great read for all cyclists and includes some great articles and insights into the Cyclo Urban Terrorrist of which I am one.

Bartleby - The Scrivener by Herman Melville Funny as fuck considering he wrote it in 1853.

The Great and Secret Show (Forth Time

)- Clive Barker An epic. Love all his stuff. His films are crap tho!
Isolate the critisism and pass it on.
Top

Was happy when I found out the track Philip K. Ridiculous was about Philip K. Dick, I always had a suspicion though

But he rekindled me with old Dick, and I'm currently reading the The Zap Gun (sounds like something of canal street in Manchester), it's worth a read though, it's set 2004 and the Cold War is still going on and it's all about Zap Guns as the title suggest. It's sort of like reading a comic book, which is good IMO

Read Brave New World last month by Aldous Huxley, I actually thought it was better than 1984, which I know a lot of people like
Shove it up yer bollocks then!
Top 'why read books when you could be listening to a bootleg of that gig in Lille in 1983?'
Top

ravenlunatic wrote:If you enjoy a good read Sam, then I can heartily recomend the following thread which exists on the forum, its a factual based work and is the joint efforts of a number of different authors, spanning some 7 pages in all, and covers the subject of "current reading matter", not to be confused of course with your own "Last book read" which is an entirely different matter: http://www.thestranglerssite.co.uk/3for ... f=5&t=7445

I'm a comedian and poet, so anything that doesn't get a laugh is a poem. B.Hicks.

Just done Rat Scabies and The Holy Grail.
I'm a comedian and poet, so anything that doesn't get a laugh is a poem. B.Hicks.

Any good? Heard him on Mark Radcliffe show plugging this a few years back

theraven1979 wrote:Any good? Heard him on Mark Radcliffe show plugging this a few years back


Aye it is. I finally got round to getting it myself last week when I saw it for £2.00 in FOPP.
I remember when The Holy Blood And The Holy Grail come out, but I was never too much
into the whole Rennes-le-Château legend, must be the only person I know who never read
the Da Vinci Code. Amusingly, that book's only reference in the Scabies one is when Rat is
given it by his mum and, through the course of the story, reduces the cover down to a
tiny strip that just read "Da Co", due to his using the cover as roach material for his endless joints.

The history elements are fairly substantial, but still an interesting read, made much more entertaining
as it was written by a Damned fan who one day noticed his neighbour was Rat Scabies, then quickly gets
drawn into a mad Grail quest by his new best mate. Scabies himself comes across as a good laugh, but
also, surprising to me, a fairly learned scholar of all things esoteric, and erudite with it, when he wasn't
cracking mad jokes.
So, aye, a good read Jim.
I'm a comedian and poet, so anything that doesn't get a laugh is a poem. B.Hicks. 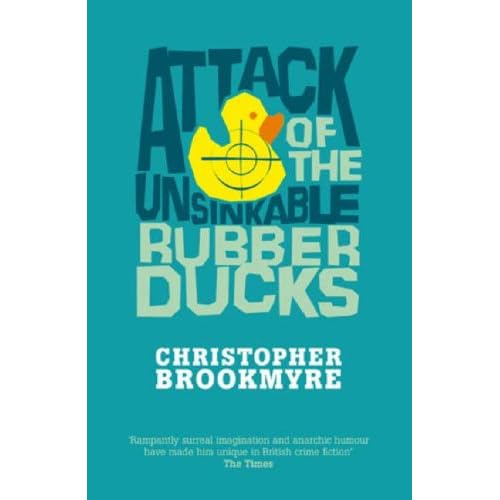 And, as usual, damn good it was too.
I'm a comedian and poet, so anything that doesn't get a laugh is a poem. B.Hicks.